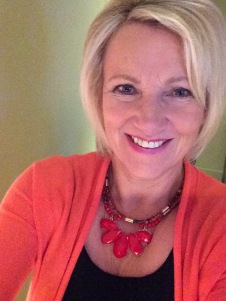 Edit: included in #TalkOfTheTown Talk of the town with help from Carol!

First of all I would like to say a MASSIVE congratulations to the truly wonderful Carol Wyer, as today (22nd April 2016) is the publication date for her newest novel – Life Swap! A few weeks ago, if you remember, I posted a review of the novel as I was lucky enough to read it before the release date! Thank you again to Carol and Bookouture for allowing me to do so. If you can’t remember the review (I’ll be insulted if you can’t!!!), then please click the following link to have a nose: Life Swap by Carol Wyer.

Ever since that review was posted, I have had the honour and privilege to be included in Carol’s circle, an honour I do not take lightly. It does mean the world to me. However, I do have ONE small moan….I mean….I know newsletters are the thing with authors and so on, but honestly…where the fried eggs are my marshmallows?!? Marshmallows do seem to be the topic of conversation lately, and I am sure you’re wondering why.

Well, if you hop along to Amazon UK/Amazon US/Amazon Worldwide to buy your copy! Go on! You will regret it if you don’t. But, before you do, I managed to nab the busy lady herself for a natter. Sit back and relax. It is with great pleasure that I welcome Carol to The Writing Garnet. Here’s what we had a chat about:

Kaisha: Where did you get the inspiration from for the ‘Life Swap’?

Carol: As is the case with most of my books it started when I was eavesdropping a conversation. To be fair I was included in the conversation but was only half-paying attention at the time. A friend was leafing through a magazine while simultaneously complaining about her lot in life. My ears pricked up when she announced she would like to swap lives with Kim Kardashian. When pressed on the matter, she was adamant that she would give up everything and everyone she knew if someone could magically get her to exchange lives. It lead to a discussion about who we would swap with and why and would we really give up it all to swap lives.

Kaisha: Several of the events were hilariously farfetched; did you find those parts hard to write?

Carol: No. I have a truly bizarre sense of humour. Sorry folks but I do. I rarely sleep so maybe its a product of a hyper-active, completely over-tired brain. I lie awake most nights just thinking about stuff and plotting for my books. My mind often relays events of the day to me as if they were in a cartoon and people are little cartoon figures. Don’t ask me why that happens but a recent conversation with my mother revealed she does the same. I think it’s some sort of coping mechanism so when things are tough my brain makes them easier to digest. When I write some of the more far-fetched scenes in my books, I imagine them first like they’re employing out in a comedy film acted by someone like Ben Stiller or Rowan Atkinson. My mind rolls my books as films throughout the night and I stop the scene, replay, change sequences or characters, re-roll the scene in my head and when I am happy with it, convert it to writing.

Kaisha: Every chapter in the book had a turn of events or a cliff-hanger, how did you decide to do that?

Carol: It’s deliberate. I’m afraid I am a manipulator of emotions. I learned the technique of leaving cliffhangers when i studied Literature years ago. I always encourage the reader to be urged on. i want them to be reluctant to put the book down. It’s pretty much how I read too. I am a speed reader and I gallop through books at a rate of knots.

Kaisha: Do you think it warrants a sequel, ‘The life after the demonised life swap’?

Carol: Tempting as it is to pick up these characters again, I think it’s run its course. The surprise element would be difficult to replicate in a sequel.

Kaisha: I must ask this, do you have an obsession with marshmallows? You manage to describe them on an impressive level!

Carol: I have an obsession with sweets in general and I adore marshmallows. I get through bags and bags of sweets when I am typing. I have had to cut down dramatically as the last three times I have broken teeth on chewy jelly sweets and had to get new crowns. This next book I am going to abstain…really…well, maybe only a few marshmallows.

Kaisha: If you were able to life swap with anyone, who would it be and why? Doesn’t have to be someone you’ve met!

Carol: I’d swap with the businesswoman Celia Sawyer. She’s one of the most influential businesswomen in the UK, runs a hugely successful interior design company and property company, is a dealer on Channel Four’s Four Rooms, flies about in a beautiful jet, has homes in London and Barbados, hangs out with celebrities, is very intelligent, stunning, looks incredibly glamorous and owns the most amazing collection of footwear including some Christian Louboutin boots I covert. Sadly, I’m pretty certain she wouldn’t want to swap lives with me and drive on a windy hill with Mr Grumpy.

Kaisha: You have a wild sense of humour, have you always been like that?

Carol: It’s a very long story but the shortened version is I developed a sense of humour really early on in my life as a way to combat bullies. I was one of those kids that got picked on thanks to looking weird, wearing specs and then smashing out my front teeth and having false teeth that kept falling out!

At one point when I was pretty low, my mum took me to see Ken Dodd who I loved and that changed my life. He made everyone laugh so much and didn’t care about his sticky out hair or sticky out teeth. He sang a song at the end of the show called, happiness and in my 11-year-old mind I fused happiness and laughter. From that day, I started to laugh at myself and made others laugh. They laughed with me rather than at me and I discovered the power of humour.

Kaisha: What has been your proudest writing achievement to date?

Carol: There have been a few but when I got interviewed on BBC Breakfast about my book Grumpy Old Menopause I was elated and when I won the People’s Book Prize Award for the same book last year and accepted my prize at a glitzy award ceremony that was televised by Sky News, I felt over the moon.

Kaisha: Are there any authors you have found to be a type of role model?

Carol: When I first started writing I wrote to Janet Evanovich who I admire hugely. She answered my email and encouraged me to “go for it”. I loved her for taking time to email me even though she was so busy. I would love to be as successful as her and write such hugely entertaining books.

Kaisha: What did you aspire to when you were a child? Has it always been to write?

Carol: Actually, I wanted to be a vet but I failed Biology at school and ended up doing languages instead. I was always good at English and one teacher in particular pointed out to the class that I was extremely good at writing comedy (even way back then). I have been writing since I was twenty. I started when I was bed bound in hospital for many weeks, then wrote stories for children when I lived in Morocco. I didn’t try and get them published because I didn’t believe I was good enough.

It took me until my thirties to send some children’s stories away to a publisher. They were illustrated stories about animals in France and taught basic French to children. We were in talks to sign to a big publishing house when my best friend and illustrator died suddenly and I pulled the books. I didn’t try to get published again until I started writing full-time in 2009.

Kaisha: If you could have written any book that has already been published, which one would you choose and why?

Carol: I wish I’d written Fifty Shades of Grey. Ha! Seriously, I can’t write sex scenes for love nor money. During a conversation with my 82-year-old mother while I was writing Just Add Spice, I made some comment about writing a sex scene and she laughed. The next day I got a letter from her containing a photo of a handsome naked man and the note, “To jog your memory.”. It’s not so much the content of the book that I wish I’d written but I would love to see my books being hauled off the shelves in supermarkets as if there was going to be a shortage f them. Oh to have that success!

Kaisha: What writing habits do you despise?

Carol: Shoddy editing. I cannot read a book that is full of typos and poor grammar. I’ll accept a few mistakes but some authors (especially self-published ones) are too keen to publish their books as soon as they complete them and ignore how important it is to edit.

Life swap is available to buy RIGHT NOW from Amazon UK, Amazon US and Amazon Worldwide. Also, if you want to keep up to date with Carol’s humour and updates of new novels, then you can follow her blog right here: Carol Wyer’s Blog. If you are in need of a pick me up and feel you need to lose yourself for a little while, then I suggest you go and buy this. You will not be disappointed, I certainly wasn’t. Bizarrely hilarious from the onset. Carol Wyer, it has been a pleasure having you on the blog today, and congratulations on your latest release!

3 thoughts on “A chat with the #LifeSwap lady herself – Carol Wyer!”