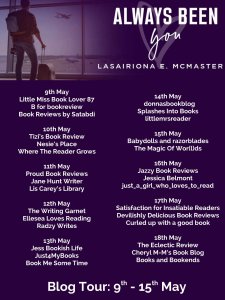 Many thanks to Rachel for inviting me to take part in the tour, and for the ARC. Here is my review: 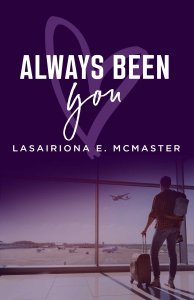 Five thousand miles from his ex, AJ is living with Lisa’s decision to call it quits and leave both him, and Alabama behind. Upon hearing that Lisa is moving forward from their engagement with a new (and handsome!) doctor-boyfriend, AJ is confused and broken at the idea of facing life without his soul mate.

AJ finds himself at a cross roads, does he give up all hope of ever reconciling with Lisa and take a chance on love again with someone new? Or is his heart destined to be forever entwined with the beautiful Irish woman he met on the internet… who is now with another man?

If you’ve already read ‘Intimate Strangers’ and the other books in the ‘Lisa Millar’ series, then you’ll have a head start on the storyline in this book and the other two in this particular series. Why? Because ‘Always Been You’ is written from AJ’s point of view. Unlike the previous series where we were seeing things from Lisa’s point of view, the tables have now turned. I believe the correct phrase is ‘there are two sides to every story’?

Now, if you haven’t read the other series, then you have a choice whether to find out what happens from AJ’s narrative, or Lisa’s. Obviously it is definitely a good thing to see the situations from the side of the other person involved, as the emotions from that character were a lot stronger after coming from the horses mouth. There were no secondary emotions from the main character.

For me, having gone through an array of emotions reading Lisa’s side of the story, I felt a bit cheated reading this because a lot of it, if not most, I already knew. The only difference being that its written in AJ’s narrative, and that his thoughts and feelings are at the heart of the storyline this time round.

Whilst I could see the reasoning behind wanting to give AJ chance to tell his side of the story, I feel like it hasn’t done the overall storyline justice.

It was lovely to remember certain situations and characters again though. I did appreciate that as I loved the first series!

I didnt find the events as shocking or emotional as I did the first time round, however they did still stir up something within me, whatever that may be!

I love this authors work and I truly believe that she delivers emotion via her storylines as though it’s the most fragile thing ever.