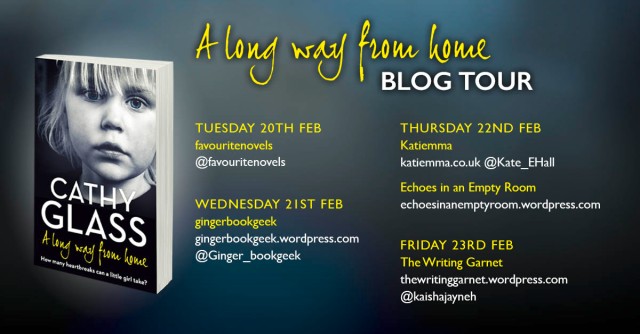 It is such an honour to be taking part in yet another one of Cathy Glass’ blog tours – thank you to the team at HarperNonFic for the blog tour invite, it really does mean the world to me! Unfortunately, we have reached the end of the blog tour and it gives me great pleasure to close the tour with my review of Cathy Glass’ brand new novel, ‘A Long Way From Home’. 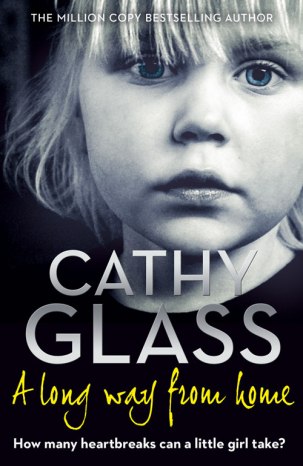 The true story of 2 year-old Anna, abandoned by her natural parents, left alone in a neglected orphanage.

Elaine and Ian had travelled half way round the world to adopt little Anna. She couldn’t have been more wanted, loved and cherished. So why was she now in foster care and living with me? It didn’t make sense.

Until I learned what had happened. …

Dressed only in nappies and ragged T-shirts the children were incarcerated in their cots. Their large eyes stared out blankly from emaciated faces. Some were obviously disabled, others not, but all were badly undernourished. Flies circled around the broken ceiling fans and buzzed against the grids covering the windows. The only toys were a few balls and a handful of building bricks, but no child played with them. The silence was deafening and unnatural. Not one of the thirty or so infants cried, let alone spoke.

Just like every other Cathy Glass novel, what is written is a true story with all of the important details (names, places etc) changed to protect the identity of those involved. If you think that you’re going to be reading a novel that tells you what you want to hear when it comes to adoption – think again. Whilst Cathy Glass does state multiple times throughout that adoption is fantastic, and how many adoptions are completed with no issues whatsoever, there are situations where adoption becomes the polar opposite to what you had originally thought. Unfortunately, this story is one of them.

Elaine and Ian were a couple who were determined to have a family of their own. You can’t really fault them for that now, can you? After going through all of the legal documentation, dotting their I’s and crossing their T’s, the couple chose to adopt outside of the UK. Naively, I had absolutely no idea that children were left to suffer in such neglected conditions due to the high level of poverty in various countries. Was this an eye-opener? Most definitely. By page 6 of the book, a lump had already formed in my throat – if children can go through such heartbreaking times, I can read the book until the end. The lump in my throat was nothing compared to what those children had to endure.

Elaine and Ian believed that they were doing the right thing by adopting out of the UK, potentially saving a child from a bleak future if they were to be left in the orphanage. Judging by the couples reactions to what they saw that day, I truly believe that their eyes were opened as well. I think that they knew things were bad overseas, but I don’t think that they were quite expecting what they saw with their very own eyes. To be perfectly honest, I wasn’t expecting it either. Obviously, adoption overseas comes with a lot of barriers, with the most important one being language – would the staff in the orphanage understand what the couple were trying to say? Would the child they were going to adopt, learn to understand this new funny language? It isn’t as easy as filling out a few forms, ticking a few boxes and then going to pick up your new child like you were going to pick up a click and collect order from your local Argos. There is so much involved and what really opened my eyes, was the fact that bringing your new addition to the family home is just the tip of the iceberg.

When the storyline changed to Cathy’s viewpoint, my heart sank as I knew what was going to happen, but I couldn’t believe it. I think my heart broke for the child and everyone involved. I applaud Cathy for what she did with Anna and how she managed to turn a questionable situation into something more manageable. That said, part of me felt quite deflated in regards to the adoptive parents. Granted I wasn’t in their situation, nor was I there to witness Anna’s personality, but I couldn’t quite understand their reaction to an older Anna. Here was a child, screaming out to be loved in the only way she knew how, with her new mummy looking at her like a blank piece of paper. I am not judging the parents because like I say, I wasn’t in their situation so I cannot form an opinion on how they acted. However, I can form an opinion from what I read and I would be lying if I said it didn’t catch me, because it did.

‘A Long Way From Home’ really opened my eyes to the side of adoption which people fail to mention. Yes it broke my heart, and yes I found it quite difficult to read, but I needed to be educated about that sort of thing and I am glad that Cathy Glass was the person to do that. As a huge fan of this author for many years, Cathy Glass’ work never fails to let me down, nor does any new release make me less inclined to read another of her books – in fact, with every book I read of hers, I have to go and buy a new one straight away just so that I can get into the mindset of children who find themselves in a situation no child should ever be in.

This book is heart-wrenching, I’m not going to lie, but it is also beautifully written and something which everyone needs to learn about. Not everything is all sunshine and roses, but with Cathy Glass supporting children, I really do think that she is a special type of angel.