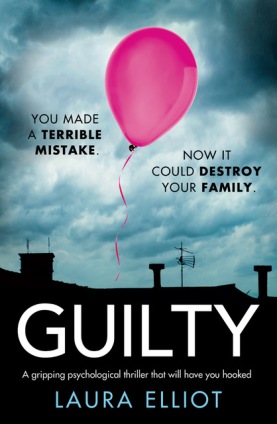 It begins with a phone call. It ends with a missing child.

A few days later, Constance’s uncle, Karl Lawson, suddenly finds himself swept up in a media frenzy created by journalist Amanda Bowe implying that he is the prime suspect.

Karl’s life is in ruins. His marriage is over, his family destroyed. But the woman who took everything away from him is thriving. With a successful career, husband and a gorgeous baby boy, Amanda’s world is complete. Until the day she receives a phone call and in a heartbeat, she is plunged into every mother’s worst nightmare.

An utterly compelling psychological thriller that will keep you guessing to the very last page. Perfect for fans of The Girl on the Train, Gone Girl and Sarah A. Denzil’s Silent Child.

-holds head in hands- this is one of those books where you sit, staring at your computer for ages, attempting to write a review about it, but you end up failing miserably. As much as I would love the words to write themselves, my mind isn’t that clever. However, this does mean that due to the nature of the storyline and the fact that it could be spoiler central, I will need to be annoyingly vague.

I finished reading ‘Guilty’ last week, yet it has managed to keep my nerves frayed ever since. There was just something about this storyline that got under my skin, but I have no idea what it was exactly.

A teenager is missing. A journalist is all over it like a bad smell. A family is at their wit’s end, wondering where their daughter is. An uncle is being put in the spotlight, alongside the relationship with his thirteen year old niece.

I found the whole missing child/family relationship under fire, extremely difficult to read. Extremely difficult. Whilst I was aware that the entire situation was an integral part of the storyline, I struggled. Don’t get me wrong, the author had completely nailed the situation, as well as writing it extremely realistically. My issue wasn’t with the book, it was my own personal reaction to it.

As the storyline settled into itself, more nail-biting situations cropped up, and the media stuck their noses in every single time. Of course, that is their job! Even though their involvement could be quite raw to read, it was incredibly eye-opening to witness the lengths that journalists go to in order to get a story. It was crazy. I was aware that the media can spin stories, but I didn’t know the full extent.

Because ‘Guilty’ is split into various parts, it was quite easy to turn myself off from one main circumstance, to allow myself to engage in the brand new one without too much confusion. The storyline flowed well, and the author combined the parts without leaving any major loose ends. Bonus.

Being honest, this storyline wasn’t for me as it brought up too many bad memories. However, because that it is my own personal reaction to the storyline and not the work of the author, I still think that Laura Elliot has done a brilliant job with this book.
Why?
Because the author still managed to get a reaction out of me! The storyline was gritty, nail-biting and raw, and the characters were very well-developed. I genuinely cannot fault the author at all! ‘Guilty’ has done the job of a psychological thriller, big time. Instead of keeping the intensity on an even keel throughout the novel, it just continued to grow, raising my blood pressure with every turn of the page.

A very well written, intense and jaw dropping novel – if you can hack the pace and like your heart beating rather fast, you will adore this book! 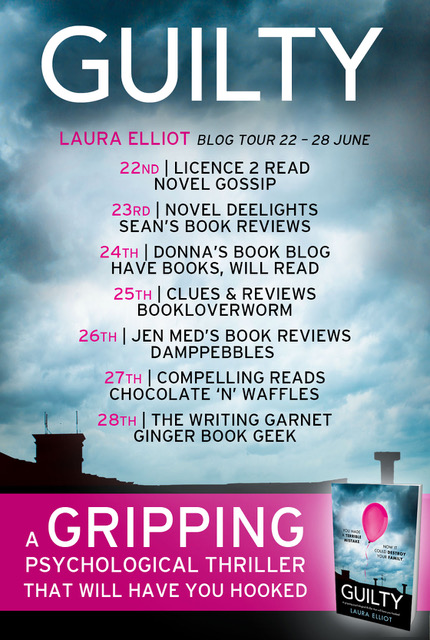