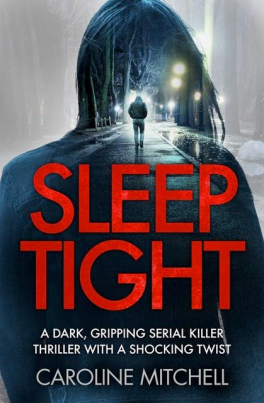 Close your eyes … Just pray you don’t wake up.

A killer stalks the streets of East London. All over the area, murdered young women are discovered, their bodies posed into disturbing recreations of fairytale princesses.

Detective Ruby Preston is determined to hunt down the murderer who is using the women to realise his dark fantasies. But when body parts are found at the home of her lover, Nathan Crosby, Ruby is torn between her job and her heart.
Convinced that he is being framed, Ruby must catch the killer before Nathan becomes the number one suspect. But as more victims are found, it becomes harder to prove his innocence.

As Ruby starts to close in on the twisted individual, can she stop him before he strikes again? And how well does she really know the man she loves?

A terrifying, addictive, serial killer thriller that will keep you on the edge of your seat, for readers of Angela Marsons, Peter James and Rachel Abbott.

Fairy tale princesses, murder investigation, AND a storyline full of more suspense than Snow White has dwarves; what more could you want from a book? There is a murderer on the loose who seems to be channelling their inner ‘Brothers Grimm’ by killing women and having their bodies pose; fairy tale style. Surely if they had wanted to see a real life version of Sleeping Beauty, it would have been easier to take a trip Disney World instead? Just a thought..

Detective Ruby Preston is on the case, once again as she hunts for the murderer of such a twisted and grim crime. Ruby Preston has a massive task ahead of her as she tries to find the culprit and answers to the questions that have been forming in her mind at an astonishing rate.

Geeeeeessshhhhhhhhhhhh!!!!!!!!!! Never mind what was going through the murderers mind, I want to know what goes through the author’s mind!! To deliver yet another chilling, graphic and extremely suspenseful novel without losing any trademark grittiness hot on the heels of a previous novel, takes an incredible amount of talent. Talent that is instantly recognised as Caroline Mitchell’s. I shan’t be picking ‘Sleep Tight’ as my bedtime read any time soon, even if the title does suggest sleeping tight! I didn’t even sleep tight the first time I read the storyline! Well, I slept with my eyes open if that counts haha.

Ruby Preston is a belter of a character to read about, and follow the life of as she just oozes SASSINESS. I really wouldn’t want to cross her down a dark alley, that’s for sure! She is absolutely brilliant, it was as though this storyline was made for her (well, it was but you catch my drift).

It goes without saying that I read most of this book in between my fingers, not that that would have stopped the women getting killed but y’know! The storyline was graphic yet without that level of spine tingling description, I don’t think I would have enjoyed the novel as much. After all, if you’re going to write a storyline that involves murdered women posing as fairy tale princesses, it needs to look the part doesn’t it? So, yes, the goose bumps and slight nausea aside, the on point descriptions made Mitchell’s storyline come to life.

‘Sleep Tight’ is my most favourite Caroline Mitchell book to date due to the never-ending suspense and shocking moments. You definitely WON’T be sleeping tight after reading this, and you most certainly won’t be putting the book down until you have finished reading every single word. Guaranteed. I have no idea how Caroline Mitchell writes flawless plots and knifey characters, but I can tell you something, she is absolutely sublime at it.

Big thanks to Noelle from Bookouture.

About the Author:
A former police detective, Caroline has worked in CID and specialised in roles dealing with vulnerable victims, high risk victims of domestic abuse, and serious sexual offences. Originally from Ireland, Caroline lives with her family in a pretty village on the coast of Essex.  She now writes full time.
www.caroline-writes.com
https://www.facebook.com/CMitchellAuthor/
https://twitter.com/Caroline_writes

One thought on “#BlogTour! #Review of Sleep Tight by Caroline Mitchell (@Caroline_writes) @Bookouture”