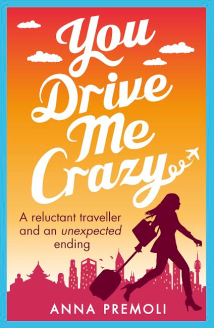 What girl doesn’t dream of an amazing promotion working on the other side of
the world?
This once in a lifetime opportunity is presented to 28 year old investment
banker, Maddison Johnson and instantly fills her with abject fear.
It isn’t the New York transfer she had set her heart on… she’s going to South
Korea, instead. To make things worse, her boss Mark Kim doesn’t go out of his way to make it easy for her to adapt to her new environment.
Plunged into a world she knows nothing about with a man she can’t stand,
Maddison finds herself forced to adapt and grow up quickly. Maybe in the

process she will stumble over something wonderful and quite unexpected…

Maddison has had her fingers and toes crossed for transfer day, for what seems like ages. She has her heart set on FINALLY being able to go to New York for work and EVERYONE is routing for her to get her break. I’m guessing you can imagine her face when Mr. Boss Man calls her into his office to tell her that she IS transferring to a different country, just not the one she wanted. After all, going to South Korea for a year and working with a boss who acts like he would prefer it if she wasn’t there, it sounds fiiiiiiiine; right?
Maddison doesn’t seem to think so!

You Drive Me Crazy was scheduled in my diary for today (obviously), but as I’m a fast reader and I looked at my diary last week, I had the choice of reading this book or picking something completely different as I really needed a light-hearted, pick me up style read. So I went with this one as it intrigued me the most, especially as I had never ventured to South Korea via a book before.

The storyline wasn’t jam-packed with information, yet it contained just enough to keep boredom at bay. For me, the beautiful thing about the storyline was that it was simple and didn’t require me to overexert my brain cells whilst reading it. I didn’t need to think, I didn’t need to decipher any hidden agendas; all I needed to do was put my feet up and read, at my own leisure. Bliss.

As for the characters, they most certainly were a mixed bunch! Personalities were brought together which, in any other situation, probably wouldn’t have gotten on well, but it worked. A couple of them leaned more towards having a bizarre personality, don’t get me wrong, but they were fun and most certainly unique. It made a change to read such diverse characters who are so full of life, as opposed to the samey sort of characters that pop up frequently.

I LOVED visiting Korea via book form as I have never been before, so I have no idea how close the authors descriptions of the country were to the real thing. I’m hoping very close as Anna Premoli’s descriptions were incredibly vivid.

Overall, You Drive Me Crazy was rather fun to read. Ok, no, it didn’t blow me away as such or shock me in any way, but, it didn’t really need to do those things either. I was able to just lose myself in the book, without having to have my emotions or reactions on high alert. A joy to read, You Drive Me Crazy was just the book I needed to stop me from driving myself crazy.

Thank you to Aria Fiction for asking me to be involved in the tour! 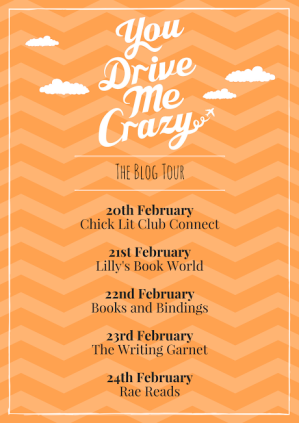 2 thoughts on “#BlogTour! #Review of You Drive Me Crazy by Anna Premoli @Aria_Fiction #YouDriveMeCrazy”