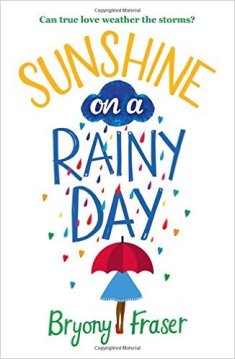 It’s Zoe and Jack’s first wedding anniversary party. They’ve got an announcement! They’re getting divorced.
Marriage isn’t for everyone – something that Zoe and Jack discovered only after they’d walked down the aisle. Bad timing, huh?
So now they’re stuck together in their once harmonious marital home, neither one of them willing to move out of their lovely house.
With Zoe’s three sisters always wanting a say, and Jack’s best friend trying his best to fix things between them, misunderstandings arise. Tempers flare. ‘Accidents’ happen…
Zoe and Jack are going to be lucky if they’re still alive when the twelve months are up. But maybe things aren’t quite as final as they seem?

Can we just take a moment to appreciate how STUNNING both the book cover and tour banner are?! Hats off to the team at Avon Books. What is even more fab about the cover is the fact the lettering on the paperback has a 3D texture (links to buy will follow!). Thank you to Avon for offering me the ARC in return for my unbiased and professional opinion!

I have the honour of kicking off Bryony’s blog tour and what better day to kick it off than…PUBLICATION DAY! Huge congratulations to Bryony Fraser on the publication of this gorgeous book! TWG wishes you every success!

Zoe and Jack recently got married, they should still be in the honeymoon period, right? WRONG, they’re not. They love each other, they cannot see their futures with anyone else, so what EXACTLY went wrong? Surely after two months of marriage you’ll still be loved up and sickly sweet, not finding divorce lawyers? Lets hope there is ‘Sunshine on a Rainy Day’!!

I read the first line of the blurb, then stopped. I didn’t want the blurb to tell me any more, but, because I was frowning and thinking ‘what the raindrops?!’, chapter 1 was under my nose quicker than I can eat a cookie (and that’s saying something!). One of the beauties of this book is that not only do you get to read the story of their relationship now, you also get to read about how they got together. Both the past and present stories flowed brilliantly and I think that one without the other just would not have worked as well as it did.

Originally I thought this book was going to be a ‘typical’ chick flick, but it isn’t! Zoe and Jack’s situation isn’t a straight forward ‘boy meets girl’ like other chick flicks, instead it’s a drama filled, modernised and hilarious take on real life relationships. When I was growing up, marriage seemed to be the next step before children and there always seemed to be such emphasis on couples getting married. However, Bryony Fraser has put marriage on the naughty step, stuck two fingers up at it, and gotten on with her day. And you know what?! I LOVE her for that!!

I thoroughly enjoyed getting to know all the various characters within the book, I can honestly say that I didn’t dislike any of them either! I did find myself siding with Zoe though, even though the antics between them both were childishly hilarious, we need girlpower!!

After finishing ‘Sunshine on a Rainy Day’ with a smile on my face, I am very excited to see what Bryony releases next.

‘Sunshine on a Rainy Day’ is a book about being true to yourself, doing what is right for YOU, and making sure you have a laugh whilst doing so. Bryony Fraser has written such a refreshingly hilarious read; that has the power to pull at your heartstrings, all in one go. Writing this book, Bryony brought sunshine to my soul and melted my ice queen interior (slightly), in the process. It will definitely be ‘Sunshine on a Rainy Day’ if Bryony Fraser has anything to do with it. Fabulous and fun, fantastic read.

‘Sunshine on a Rainy Day’ by Bryony Fraser, published by Avon Books is out TODAY (8th September 2016) and is available to buy from Amazon UK

4 thoughts on “Blog tour! Review of ‘Sunshine on a Rainy Day’ by Bryony Fraser (@bryony_fraser)@AvonBooksUK”